The Kaiser: A Black Metal Biography

From the unknown Kaiser has arisen with a slow and dark creation known as "Aufstieg der Dämonen". The album was well loved by the view that could bare to listen to it and avoided by those that could not. The world of Kaiser is a world that moves at glacial speed, seemingly static almost frozen in time. Rarely was there any news and years have passed for a new creation to manifest. Kaiser does not work to deadlines nor does he care. Dark and ambient are the symphonic metal anthems, demonic and ominous are the dark voices speaking of apocalyptic tales that have not yet come to pass. Tales of demons taking revenge against those who have exploited the earth for personal or industrial gain. Kaiser quickly became known for a deep dislike of capitalism and its grim consequences, competitive selfishness and its cruel disregard for others. Musically Kaiser can not easily be defined in to any given genre. Ranging in style from Symphonic Black Metal, aggressive in nature while utilizing orchestral background instruments to Gloomy and Depressed Gothic Metal dealing with themes of depression nostalgia and death. Usually written in minor lending the sound the sad emotional quality for which it became known and loved. The often slow tempo and sound has even gotten some to categorize Kaiser in to the Doom Metal genre. Much of the Vocals are in the style of Black Metal. But from time to time clean vocals are being utilized. Kaiser tracks tend to be long with frequent use of Preludes and interludes. Albums are filled with more than 70 minutes of music giving the listeners a generous quantity of sonic substance. Cliché’s and perceived wisdom is forever questioned on this site and in Kaisers lyrics. exposing flaws and shortcomings in their explanations. Embracing that which is shunned by many. A kindred spirit to the Gothic, the depressed and the nostalgic who are so poorly understood by most. Kaiser is for the one who who seeks to understand how something functions not how it appears to function.


Words of reason brought to you by The Kaiser

God is either not al good, or not al powerful. Assuming that there is a God, and we know trough experience that there is suffering. Than that god must either be not all good, and that is why he allows suffering even tough he has the power to stop it. If on the other hand God is al good, then he must not be al powerful. This would mean that he wants to put a stop to our suffering but does not have the absolute power to do so.


"If God were suddenly condemned to live the live which he has inflicted on men, he would kill himself" - Alexander Dumas (1802- 1870) 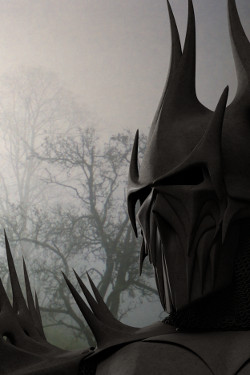 
Message to the World: